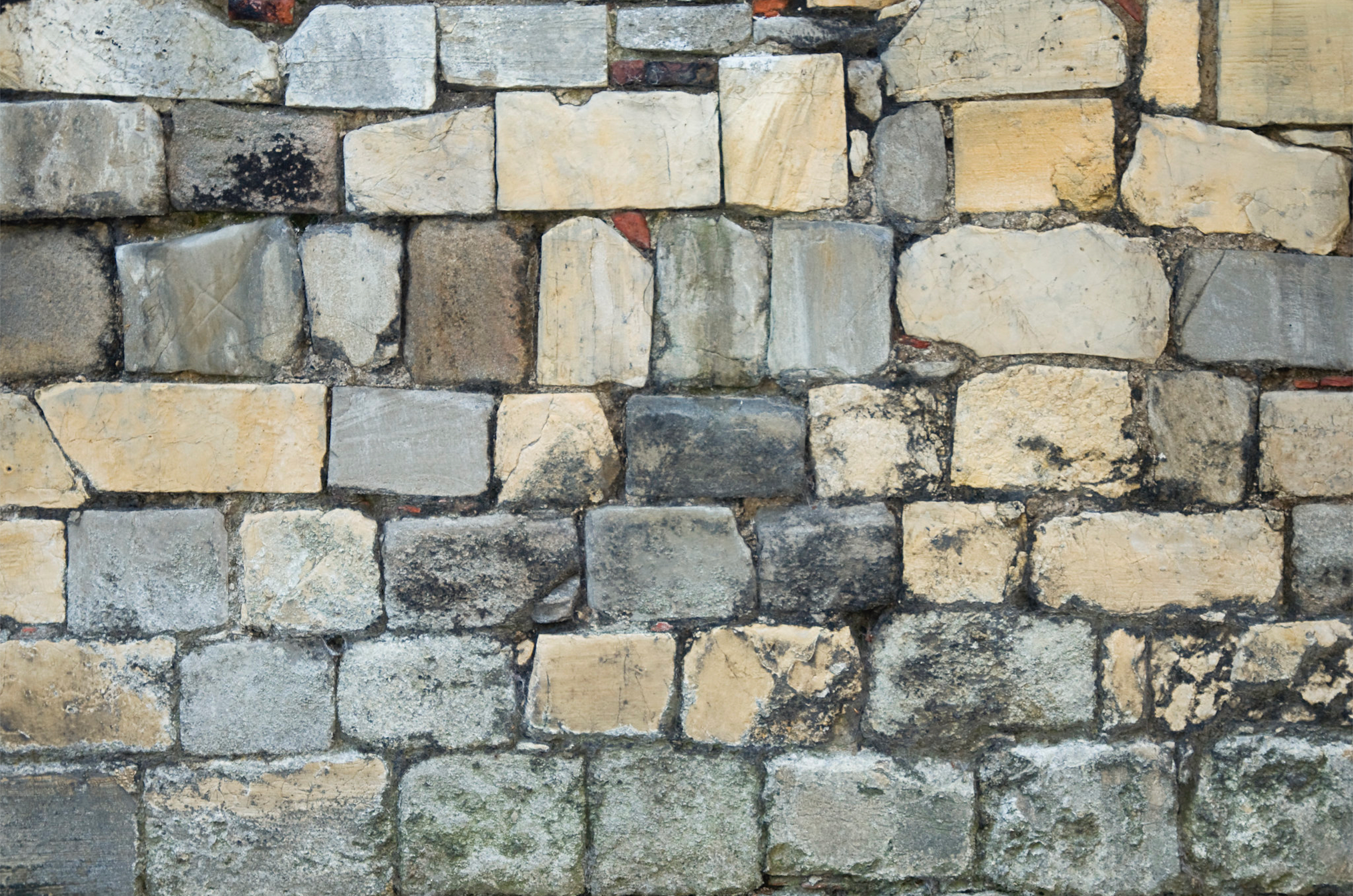 This journal entry is going to be a summary of what has happened during the Global Darker Night that began last year when Covid started and is now in the process of building up to its self-destructive, psychological climax.

The pandemic and lockdown resulted in the government stepping in and creating a lot of money to keep the economy okay. Businesses began reorganizing themselves to survive the changes and the investors in the stock market started to look for the businesses that were going to grow during a pandemic and lockdown. All the while the world was waiting for the vaccines to come save the day and return life back to normal.

The picture to follow what was happening to our minds has been looking at the politician's behavior and also looking at how everything going on this past year has effected people and their behavior. This is the dramatic picture of what has been building up in everyone in varying degrees that is going to cause a dangerous amount of fear and panic.

Crashing into the wall we're headed towards, that has peace on Earth on the other side of it, is not just about the stock market crashing down because fear and panic causes everyone to start jumping off. It's primarily about becoming so psychologically messed up, that our behavior results in arriving at a place that we can't rescue ourselves from. We were divided politically during Trump's administration in such a dramatic a way that we started destroying the credibility of the government that's been holding things together. The mud slinging at each other, including conspiracy thinking, and blame shifting making what is going on all the other side's fault, has been pulling the country apart.

You can feel the utter frustration of the people who are trying to get to prove that what Trump is telling his followers about the election is something he just made up but when minds are damaged bordering on psychotic or insanity, they aren't rational and no amount of proof will change how they see things. And because of this it's an impossible situation to fix. They are doing a recount but no matter what, Trump is going to believe what he made up in his mind and his followers are going to believe it. It's utter craziness.'

"The Republican who now leads the Arizona county elections department targeted by a GOP audit of the 2020 election results is slamming former President Donald Trump and others in his party for their continued falsehoods about how the election was run.

"Maricopa County Recorder Stephen Richer on Saturday called a Trump statement accusing the county of deleting an elections database 'unhinged' and called on other Republicans to stop the unfounded accusations.

“'We can’t indulge these insane lies any longer. As a party. As a state. As a country,' Richer tweeted.

"Trump's statement said, in part, that 'the entire Database of Maricopa County in Arizona has been DELETED! This is illegal and the Arizona State Senate, who is leading the Forensic Audit, is up in arms.''

"Richer and the board say that statement is just plain wrong. In recent days, both he and the board have begun aggressively pushing back at what they see as continuing falsehoods from Republicans who question Trump's loss.

“'Enough with the defamation. Enough with the unfounded allegations,' Richer tweeted Thursday. “I came to this office to competently, fairly, and lawfully administer the duties of the office. Not to be accused by own party of shredding ballots and deleting files for an election I didn’t run. Enough.'”

The unknowns about the pandemic continue to become more complicated and the scientists are being attacked as they try to figure out the best course of action crippled by not have all the data they need. Fauci saying at the beginning of the pandemic that masks don't help and then saying the opposite later, was the beginning of destroying his and the other scientists credibility, which has now built up, adding to the insane drama around the pandemic and the rest of the insane drama going on.

"Critics of the CDC's new guidance say it creates incentive for unvaccinated people to lie about their status — since there’s no way to verify their claims — which could cause new outbreaks. Others say the new policy is premature given continuing high levels of community spread and the huge share of Americans who have not been vaccinated — including groups like children and the immunocompromised who have not had the opportunity. There are also concerns about gaps in our current knowledge about the vaccines, including how long immunity will last and whether they’ll remain effective against future coronavirus variants."

Things are not normal in the halls of the Capitol building because respect for governmental officials has been completely eroded.

"Rep. Eric Swalwell, D-Calif., got into a heated exchange on Friday with an aide to Rep. Marjorie Taylor Greene after the aide told the lawmaker to take off his mask as he was leaving the House floor.

"'I had a mask on as I stepped off the Floor,' and the aide 'yelled at me to take my mask off,' Swalwell tweeted after a reporter for the Hill tweeted about the confrontation.

"'No one should be bullied for wearing a mask. So I told the bully what I thought of his order,' Swalwell tweeted.

"The incident was the second this week to involve Greene's office. On Wednesday, Greene, a Georgia Republican, accosted Rep. Alexandria Ocasio-Cortez, D-N.Y., as she was leaving the House chamber, shouting at her about her environmental proposals.

"Congress is an institution deeply governed by hierarchies and tradition. Lawmakers shouting at each other is unusual and staff shouting at a member of Congress is even more outside the norm of decorum in the building."

The press is exacerbating the divisiveness and erosion of respect for the government and the erosion of the foundation of our republic. Trump was being chewed up by the press when he was in office, and now Biden has hit his worst week as president. He's being blamed for all the crises going on now. His handling of immigration and the renewed fighting the Middle East is being criticized. He's being made responsible for the gasoline panic that made people so crazy that they were filling up plastic bags with gasoline. He's being blamed for inflation that is threatening us now as a result of all the money that's been created this past year to float the economy. And Trump in relishing the bad news reports and adding his voice to it, which is adding more fuel to the division he had started when he was president over wearing masks. He thinks nothing can destroy the country, that it will be there ready for him to take the presidential office again when everyone figures out he's the right person for the job. Everyone is thinking nothing can bring this country down to its knees. But this is the Global Darker Night that has been spoken foretold by the Bible and by ancient people all over the world where the Earth gets turned up-side-down in order to straighten it out.

Becoming very divided, and the results of that, is becoming all that it can be, and it's now making some minds function in very dangerous ways. The January 6th attack on the Capitol where Trump followers' behavior lead to the death of 5 people was something that happened that was unimaginable in America. And we have Republican officials whitewashing it saying it wasn't what it was and Trump is not dangerous and ruining the country. They would say that videos and facts proving what it was is misinformation, and because there has been misinformation and fake videos can be made of things, there's no response to that. Some Republican constituents are good, simple people. They simply believing in Trump as he presents himself to them, and believe his responses to the accusations thrown at him. They believe he represents the true Republican party that they are totally loyal to, and anything in the news that says otherwise about him is the twisted lies Trump has said that they are. Some Republican officials who support Trump are just trying to keep their jobs in the government and in some cases they simply aren't being moral and true to their oaths. Some are more spiteful. Some are standing on a ground of principal. Other Trump followers are more dangerously radical, the conspiracy thinkers, white supremacists, and like being part of a cause where they can strike at people physically and it's okay if some of them get killed.

It was bad when young children and nursing infants were being separated from their parents at the border. How could America do that to those families and still sleep at night? Mother Teresa would be rolling over in her grave. But when Trump instigated a mob to storm the Capitol to interrupt the electoral count that certified Joe Biden as the victor of the November election, resulting in a riot that killed 5 people, and them his followers, both constituents and officials, still blindly stood by his side, America was officially in trouble.

There were only a handful of badly malfunctioning minds rioting at the Capitol on January 6th. There are a lot more dangerously malfunctioning minds in America as a result of trauma of the times. Everyone has been effected on some level. Everyone is now more easily frightened than before the toilet paper panic last year. But many have become so psychologically damaged that they are behaving insanely over anything and everything that happens and they are a danger to themselves and others. We are heading towards the place where it will become completely impossible for anyone to be the President, having the answers and the trust of everyone to lead the country in the civilized orderly way it's been lead. That foundation of our country is hitting the wall, the wall of walls, where we're not able to recover because that foundation that keeps it going is destroyed by an invisible bomb that few are seeing. America is dealing with cyber hackers and other hidden groups attacking this great country. But it's a psychological nuclear bomb — the division and mud slinging of its people, all the intensified, insane and dangerous behavior of messed up brain chemistry, not thinking right and doing the right thing for personal survival, and often the wrong thinking is just in spite, or having to be right, or the principal of the thing or the need to control, and then there's the fear and panic on a large scale over anything and everything — this is the bomb, a complex insanity and anarchy bomb, that is taking America down.

Photo of Stone wall by Rich