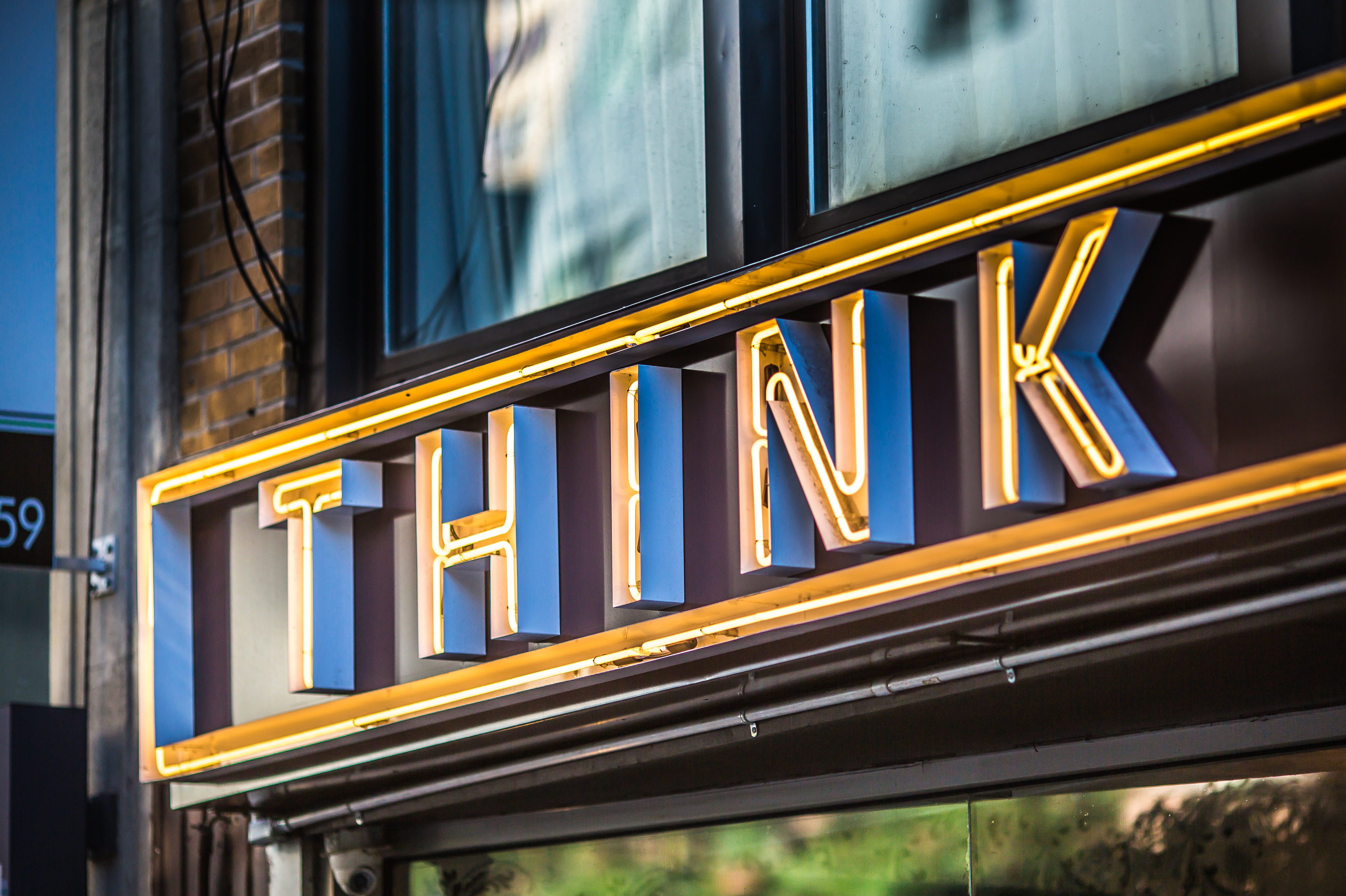 As we pass through this resurrection time in our Global Darker Night, where 100 million people are now fully vaccinated in the US and hopes are high that we have the means to get our life back and places all over are reopening, the craziness that we have been going through, very intelligent people working passionately on both sides of an issue, has now been manifested in a new way as the battle with Covid 19 unfolds. Trump said wearing masks does not stop the spread and he had a huge following. And the truth about Trump's motives as President split the Republican Party and destroyed relationships between family and friends. Now the beliefs about the vaccine are the frontline of the battle that is tearing the country apart. Do we believe the government is honestly trying to do the right thing and that scientists know what they are doing, and that everyone getting vaccinated is the best way to end the pandemic? Or is the right thing to think that the government and the scientists don't know what they are doing or that they can't be trusted because there is a power behind them with a malicious agenda involving greed and control. According to the documentary "Behind the Curve," 25% of people believe in a conspiracy going on behind something. And they explore why people get caught up in a conspiracy theory, unaware of it, in the hopes that people become aware of the mechanisms involved and can watch for them in their own minds and be critical thinkers, not sheep following others, who took some fact too far, and are falling over the edge of a cliff and being harmed.

Someone who is a critical thinker is one who is emotionally and spiritually healthy and able to be honest and willing to abandon any belief as they weigh the facts about it. You are a critical thinker when truly seeking the truth means at whatever the cost. This means you immediately change what you think when someone clears up a misunderstanding. And if you hold to a more complex set of beliefs, no matter what you change your beliefs to what is correct if facts have come along that prove what you thought was incorrect.

There are 3 main mechanisms at work that non-critical thinker does that results in being at best oblivious to the fact that your view is incorrect and what you might say about it is incorrect, and at it's worst you are in self-sabotage or self-destruct mode, and not just affecting you personally but others around you.

The first mechanism is called 'confirmation bias', and 'disconfirmation bias' pretty much run along the same lines. This is where someone starts off with a certain belief and will only search or consider evidence that supports that belief and they interpret everything that has happen and is happening and will be happening according to their basic belief. It at least starts off as something you're doing unconsciously and most of the time remains that way. In the case of a person who thinks their significant other is cheating on them, they refuse to consider anything that would prove otherwise. There are psychological reasons they do this that need healing. In the case of a political position, people will cherry pick only the things that fit what they believe about something or someone and this would have started because they were born into a family with a political position that usually is chosen because of a particular spiritual or religious belief system. Most people are raised biased one way or the other and don't think for themselves. And often people go through a dark night of the soul, a spiritual crisis or emergency, a crisis of faith, and an identity or existential crisis, where you stop and look at these deeper things that you live your life from, and consciously choose to believe them or not.

A second mechanism going on in the non-critical thinker's mind is called the 'Donning-Kruger effect'. This is people going to the internet and Googling a subject, skimming through articles and reading Wikipedia and reaching a set of beliefs thinking they know the truth like an expert.

The third mechanism is called 'motivated reasoning' and this is when people become emotionally invested in a set of beliefs and after years of time and and growing relationships inside that group, now their pride, reputation, community, friends and family and maybe even their livelihood are at stake should they abandon a set of beliefs, and it becomes more important to believe them than to be accurate. They get so invested, the belief becomes their life and they couldn't leave that belief system if they wanted too.

The result of unconscious non-critical thinking are on a scale of relatively harmless to fatal. When the results are very harmful, a belief has been taken too far and your behavior is insane and when you talk about whatever it is, people will see that you have psychological problems that need to be brought into view and healed but you won't see it. You will think you are fine and they are the ones who have a problem. And there is no reckoning of the situation until something happens that irrefutably reveals that you were wrong. The worst of non-critical thinking is conspiracy thinking and this is what is driving our country right now.

Thinking that elections are being controlled by a hidden powerful group of people with evil intentions that are going to hurt the country and that somehow that hidden group of individuals got the U.S. Postal workers involved in it by throwing away ballots is going too far. Yes, the absentee ballot system was full of problems that really needed to be fixed now that so many people doen't leave home any more than necessary, and yes, people ended up with two ballots by mistake. And to make things worse, they mailed both of them back in causing a lot of extra work for the people counting the ballots. No one is behind this. It just is what it is. And that is the case with most conspiratorial thinking. It's just some facts not being honestly checked out to see a simple explanation, and morphing instead into a view that is very complex. When the mind goes from one car repair shop telling you that you need filters changed and some very expensive maintenance done and you get a second opinion and it's not true, can turn into conspiracy thinking where you then think that all car repair service departments could be lying to you, in order to meet a quota so the company brings in more revenue. Or maybe you picked this thinking up from parents or a friend and just believed it.

Conspiracy thinking on a larger scale has the potential to cause great harm. Yes, vaccines have resulted in deaths and they have irreparably damaged nervous systems in children, and many alternative medicine doctors will tell you that vaccines will have a life time effect on everyone's immune system. And you can also believe that the drug companies making the vaccines are making a lot of money and that is more important to them than 'do no harm.' And you can believe that doctors don't care about the side effects of drugs or that food companies don't care that the fat free and diet foods caused so many Americans to become obese and have major health issues. You can think that they were knowingly part of a terrible thing that's been going on. Or you can think that most people are mostly good human beings, and pride and money can cause them to make poor choices, but now that they are seeing that the massive use of drugs and their version of a healthy diet were a huge mistake that they got caught up in, it wouldn't have turned out like it did had they known better. For insurance companies to only pay for Western medicine and drugs not Eastern medicine and herbal formulas has been wrong and it needs to be fixed. Western medicine and insurance companies did not doing critical thinking. Western medicine had great pride in their superiority, believing Eastern medicine is is old and has nothing to offer. As Eastern medicine has proven its place in the medical field, the medical world has been slowing moving the direction of becoming aware of what Eastern medicine has that will make Western medicine much better as the best of these two belief systems concerning healing and health are integrated.

The governments and scientists of the world are thinking right now that the best way to end the pandemic is getting everyone vaccinated. The vaccines being used in the US are next generation vaccines where scientist address people's concerns by not putting mercury or aluminum preservatives in them, and what makes them next generation is they don't have the live virus in them. It's a lab made copy of the virus that is so perfect, so brilliant, it even causes some of the side effects of the real thing like blood clotting problems. People are afraid of it and that's understandable. But a huge group of conspiracy thinkers aren't getting vaccinated because they don't trust the government and the scientists for various reasons. And maybe they won't come around.

And maybe vaccinating everyone wouldn't have work because maybe the virus will have mutated too much to keep up with it. And maybe the new high tech virus that's been shot into 100 million of us will have an issue down the line the scientists didn't know about. It's not likely since the fake virus dismantles and is gone from the body as soon as the antibodies form. Bottom line is no one knows because there are a lot of maybe's we can't know. But we won't get past the insane place we are in battling each other about the vaccine or any other issue if we don't do critical thinking, weighing the pros and cons, and make a conscious, well informed decision about the vaccine, or another issue, making sure we aren't blindly going along with a belief system that is cherry picking the facts.

Photo of Think by Thomas Hawk