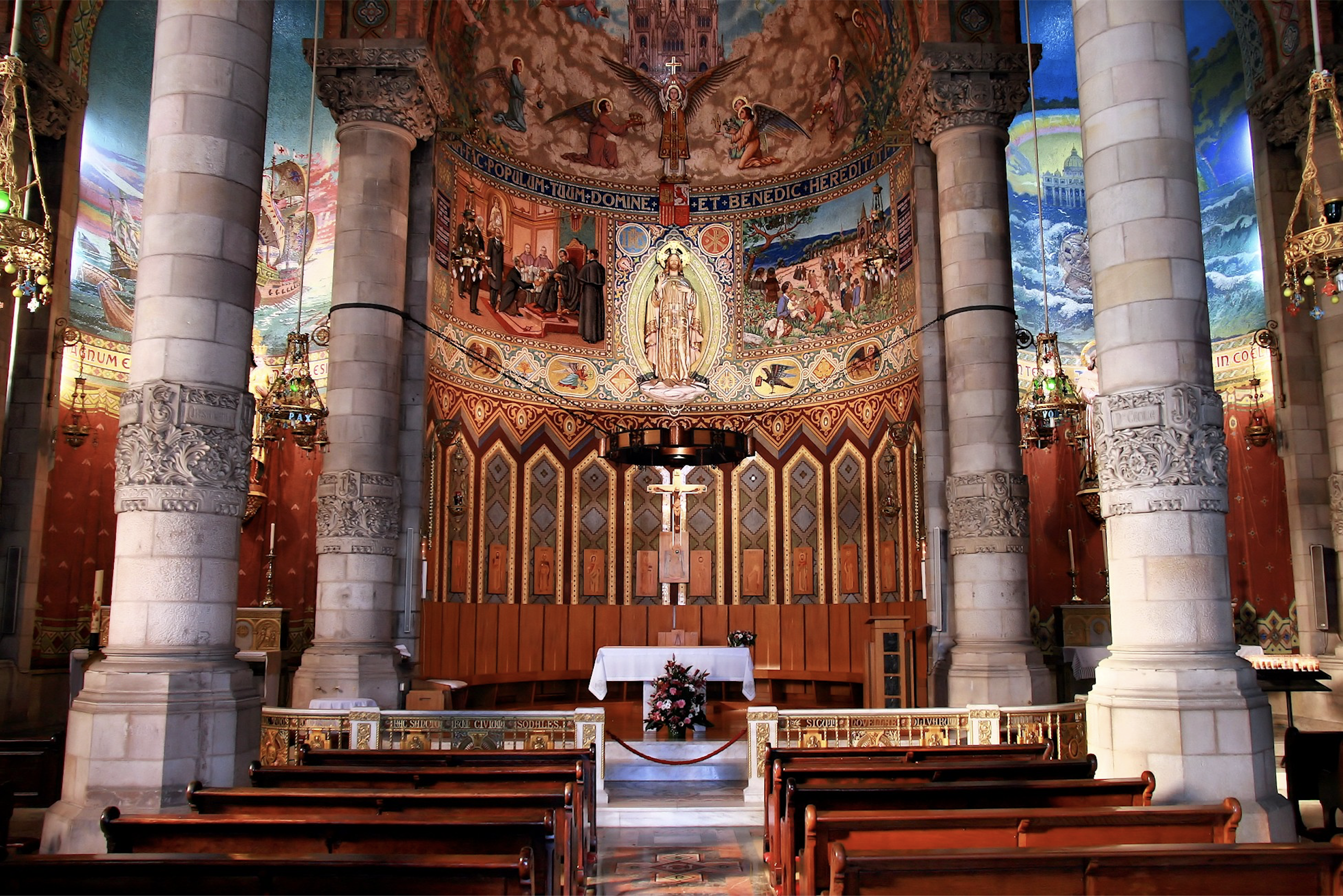 The Dark Night of the Soul

John of the Cross [1542-1591] was a major figure of the Counter-Reformation, a Spanish mystic, Roman Catholic saint, Carmelite friar and priest.

John of the Cross was a reformer of the Carmelite Order and is considered, along with Saint Teresa of Ávila, as a founder of the Discalced Carmelites. He is also known for his writings. Both his poetry and his studies on the growth of the soul are considered the summit of mystical Spanish literature and one of the peaks of all Spanish literature. He was canonized as a saint in 1726 by Pope Benedict XIII. He is one of the thirty-five Doctors of the Church.

St. John of the Cross’ poem narrates the journey of the soul from its bodily home to its union with God. The journey is called “The Dark Night,” darkness representing the hardships and difficulties the soul meets in detachment from the world and reaching the light of the union with the Creator. There are several steps in this night, which are related in successive stanzas. The main idea of the poem can be seen as the painful experience that people endure as they seek to grow in spiritual maturity and union with God. The poem is divided into two books that reflect the two phases of the dark night, the first difficult and the second horrible. The first is a purification of the senses. The second, the more intense of the two stages, which is far less common, is that of the purification of the spirit. Dark Night of the Soul further describes the ten steps on the ladder of mystical love, previously described by St. Thomas Aquinas and in part by Aristotle. The text was written in 1578 or 1579 while St. John of the Cross was imprisoned by his Carmelite brothers who opposed his reformations to the Order.

The treatise, written in 1584-5, is a theological commentary on the poem, explaining its meaning by stanzas.

The term "dark night of the soul" is used in Roman Catholicism for a spiritual crisis in a journey towards union with God, becoming Christlike, like that described by St. John of the Cross. St. John's term has now been adopted by people of all belief systems to refer to a transformational journey that takes place when you are suffering.

St. Thérèse of Lisieux, a 19th-century French Carmelite, wrote of her own experience. Centering on doubts about the afterlife, she reportedly told her fellow nuns, "If you only knew what darkness I am plunged into."

While this crisis is usually temporary in nature, it may last for extended periods. The "dark night" of St. Paul of the Cross in the 16th century lasted 45 years, from which he ultimately recovered. Mother Teresa of Calcutta, according to letters released in 2007, "may be the most extensive such case on record," lasting from 1948 almost up until her death in 1997, with only brief interludes of relief in between. Franciscan Friar Father Benedict Groeschel, a friend of Mother Teresa for a large part of her life, claims that "the darkness left" towards the end of her life.

“For John, the God-seeker is initiated through the loss of material and psychological possessions, a direct challenge to a person’s fundamental sense of safety and security. The ego is attached to power, control, reputation, and material things. During the dark night of the soul, we are compelled to open our hands and let go of all that the ego values. The soul then tumbles into a state of ‘unknowing’ so profound that he is propelled into isolation, for the journey requires solitude.” 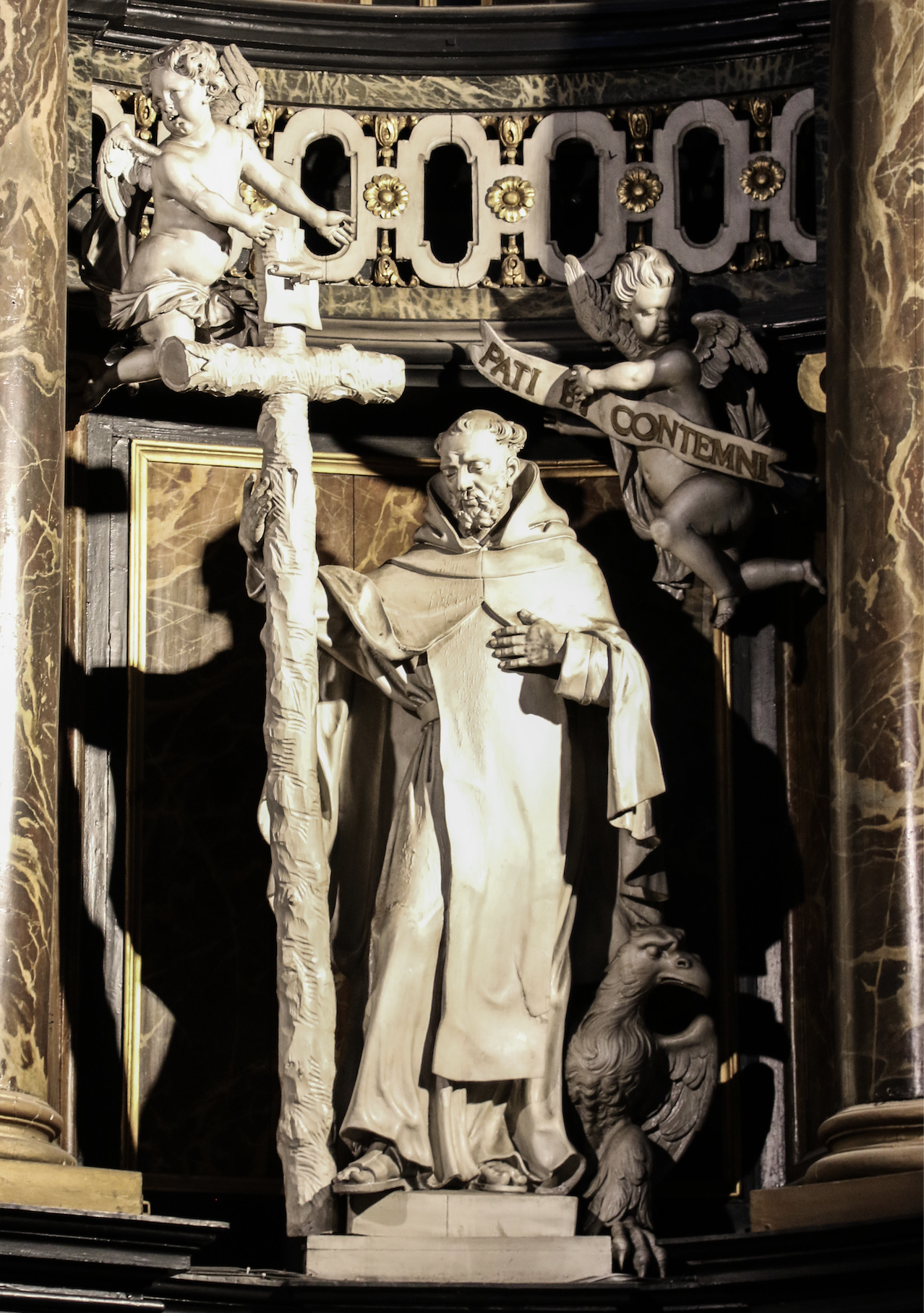 Photo of St. John of the Cross by Lawrence OP

Stanzas Of The Soul


1. One dark night,
fired with love’s urgent longings
— ah, the sheer grace! —
I went out unseen,
my house being now all stilled.

2. In darkness, and secure,
by the secret ladder, disguised,
— ah, the sheer grace! —
in darkness and concealment,
my house being now all stilled.

3. On that glad night,
in secret, for no one saw me,
nor did I look at anything,
with no other light or guide
than the one that burned in my heart.

4. This guided me
more surely than the light of noon
to where he was awaiting me
— him I knew so well —
there in a place where no one appeared.

5. O guiding night!
O night more lovely than the dawn!
O night that has united
the Lover with his beloved,
transforming the beloved in her Lover.

6. Upon my flowering breast
which I kept wholly for him alone,
there he lay sleeping,
and I caressing him
there in a breeze from the fanning cedars.

7. When the breeze blew from the turret,
as I parted his hair,
it wounded my neck
with its gentle hand,
suspending all my senses.

8. I abandoned and forgot myself,
laying my face on my Beloved;
all things ceased; I went out from myself,
leaving my cares
forgotten among the lilies.