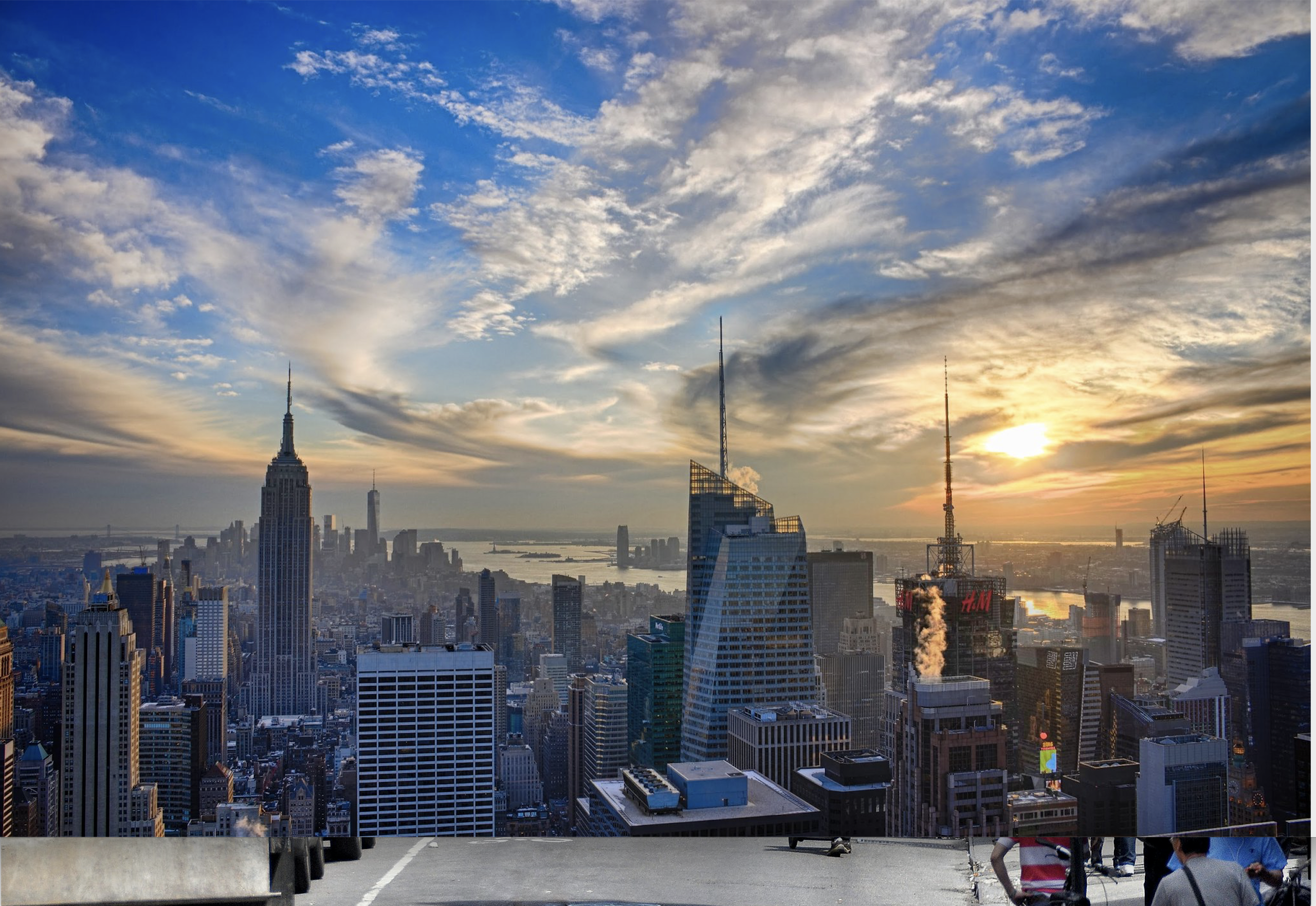 Entering the Global Darker Night of the Soul

The COVID-19 virus is not just a passing pandemic like the Black Plague in the mid 1300's, and the Spanish Flu of 1918. Those pandemics came and went, and then the world moved on. But during the past hundred years, while mankind has been progressing exponentially in all areas of life, something went very wrong. From the government, to businesses and on down to our personal lives, we're not acting rationally, and it's become apparent in the recent decades that how we are living our lives is not sustainable, and that we were heading towards a wall. This pandemic is the beginning of a global darker night of the soul that has turned the self-destructive, crazy life we've created up-side-down, and when the process is over, it will have set things right.

“We’re in a time in which literally all systems are in transition, everything has shaken down into chaos, everything is breaking down, governments, politics, economics, religions, relationships. We are probably in the greatest shaking up in human history.

"... we are living in the most complex times in human history. I realize other times in history thought they were it. They were wrong; this is it."

In our pursuit of money, our lives are now enhanced by sophisticated technology where we have instant access to everyone, and to information about anything, experiences unimaginable to someone a hundred years ago. We have more different kinds of outward wealth than mankind has ever known. But everything is moving too fast, and we are constantly running around in our very complex lives. The stress of this is causing brain chemistry to get out of balance, damaging our mental and physical health, leaving us anxious, and there's an estimated 40 million Americans on psychiatric drugs. So while we were very busy creating a Disneyland of technological entertainment, we're living our lives in a state of neurosis which is stealing our happiness.

"At its root, a neurotic behavior is an automatic, unconscious effort to manage deep anxiety."

This is the moment in mankind's progression when aberrated behavior has made life as complex as it could be. Now the virus has stepped in, and it is a huge step towards making our neurotic driven lives more complex. We will not be going back to the way it was. There will be more stressers and anxiety as we pass through a transition time that is moving us towards a healthy life on the other side of the wall. The global darker night of a soul is going to heal us, and peace and happiness on earth will be there.

We are asleep to "the immense complexity of who and what we are {today} in human history."

For those who are spiritual and, knowingly or unknowingly, have been in a dark nights of the soul, which are leaps in our spiritual growth to become better versions of ourselves - more loving, more powerful, and making a difference - they know that out of the bad that happens comes the greatest gifts of life. They would say that these interesting times we are in now is quite the opposite of a curse. They have played the hero in the hero's journey, facing the darkest foe and becoming what they are meant to be. This virus is moving the world together into a global dark night of the soul making this an extraordinary time. It's a dark night of the soul happening to everyone all at the same time. But you have to step out of the drama that's creating fear and panic, and look at what is happening in the context of a collective hero's story.

This section of the makeheaven.com website on dark nights of the soul is going to be a journal of what is happening as mankind passes through a global darker night of our soul.

Everyone has had the rug pulled out from under their lives and have needed to remain in their homes because we are dealing with a hidden enemy, an unknown number of people walking around with the virus who have no symtoms but who can infect others. Where it's going to hit next is unpredictable.

Those who have it spend weeks have no idea how much worse it's going to get as they experience "the frightening mysteries of this disease." (New York Times) The ones in charge think they will get under control eventually but have no way to know when. Some estimate life will return to normal in a year. They believe that we will come up with a vaccination, because we've always been able to. Today there is no light at the end of the tunnel. There are a lot of unknowns right now, a dark cloud of unknowing over us. This unknowing is a basic principle of a dark night of the soul.

If it really is the global darker night where the self-destructive complexity became as bad as it could get and in order to survive we had to hit a wall, then the virus is going to remain long enough to complete what it needs to do to create the circumstances needed to complete our transformation. The virus lead to other serious problems that were created when we had to shut the economy down. SO for the majority of people have experienced fear and panic. The articles on this website are written by authors who have recorded most if not all the emotional and psychological experiences of dark nights of the soul, which include a deep depression, sadness and feeling lost, that the world can expect to happen.

On Dec. 31, 2019 the government in Wuhan, China, confirmed that health authorities were treating dozens of cases of the coronavirus. According to a report from yesterday it had spread to 171 countries and there are approximately a million, two hundred thousand cases and 68,000 who have died worldwide. Here in the United States where the first case was reported on January 21st, two and a half months later the numbers now are approximately 290,000 cases and 7,800 deaths. An explosion in the number of cases and deaths has been being prepared for as best as possible.

The U.S. President, the Queen of England, along with all our leaders are telling us that the pandemic is going to hit a peak and then it's all going to go away and things will be going back to normal. So most of the people in the world are thinking that way. But there are the others who are looking at these times though different eyes.

The combining of two great teachings from the ancients, the Biblical "Great Tribulation," or "Purgatory," and the Inca's "Pachakuti," is very helpful in understanding what is happening in these times. The age of Pachakuti, "one who brings an era to a close." Pachakuti is a time to set things right. The other meaning of Pachakuti is a time of upheaval, a turning over of the earth for a new planting, "the greatest catechism in your life to come clean," a time of purification. The Mayan calendar set the time for something that would happen, and life would never be the same, near the year 2012.

"Such wounding. Oh yes. I mean, wounding of nature and wounding of ourselves. Most of us have somewhere between, I’d say, five to a hundred times the amount of sheer human experience of our ancestors of a hundred years ago. And this has rendered us very wounded; I mean, some of us are so full of holes we’ve become holy. But we’ve become incredibly available and vulnerable to each other in our wounding, in our sympathies, in our empathies. It’s as if that through the wounding of the hard shell of ego, we are now reaching out and making connections, networking — friendships, transformational friendships between men and women, between countries, between cultures. So the depths are rising everywhere. And in all the great stories the wounding was the entrance to the sacred. It was through the wounding that the depths could rise. And the depths are rising at the same time as are all the shadows, of course.

We need to enter further into the Global Darker Night with everyone experiencing much more of it before people will look at it see that it's not something normal. There's something extraordinary happening to all of us. The Global Darker Night is the ultimate hero's story of rescuing the entire world from hell into heaven with all of us playing the role of heros.

"...all of us are on the verge of becoming citizens in a universe larger than our aspiration and much more complex than all our dreams."

"Love's Ordeal: The Dark Night of the Soul" by Jessica Davidson

"The Dark Night of the Soul" by Christine McDougall

"The Experience of Darkness and Hope" by Andrew Solomon

"When the Earth Moves Under Your Feet" by Melissa Rosenberger

"Making the Unconscious Conscious: Embracing the Dark Night of the Soul" by Marla Estes

"Navigating a Dark Night of the Soul" by Lisa Erickson

"Navigating the Dark Night of the Soul" by Joseph Langen

"Dark Night of the Soul" by Caroline Myss

"Mysticism: XI A Dark Night of the Soul" by Evelyn Underhill

"The Gift of Sadness" by Matthew Licata

"Depression" and "Stress" by David Bedrick

"Mysticism and Psychedelics: The Case of the Dark Night" by Christopher M. Bache

"Genius and Diversity" by Michael Meade

"Spiritual Emergency by Stanislav Grof, Catherine G. Lucas and Others

The Dark Night and the Disturbance of Brain Chemistry

"Dark Night of the Soul" by Paul Brunton

Art and the Evolution of the Mind of Man

Art and the Journey Through Darkness Into Light

Art at the Top of the World

The Art of Nature

Japan: The Art of Goodness and Sincerity

The Art of Teaching: Oprah Winfrey

In Praise of Melancholy and How It Enriches Our Capacity for Creativity: How the American obsession with happiness at the expense of sadness robs us of the capacity for a full life. And A Brief History of Melancholy (charming video)