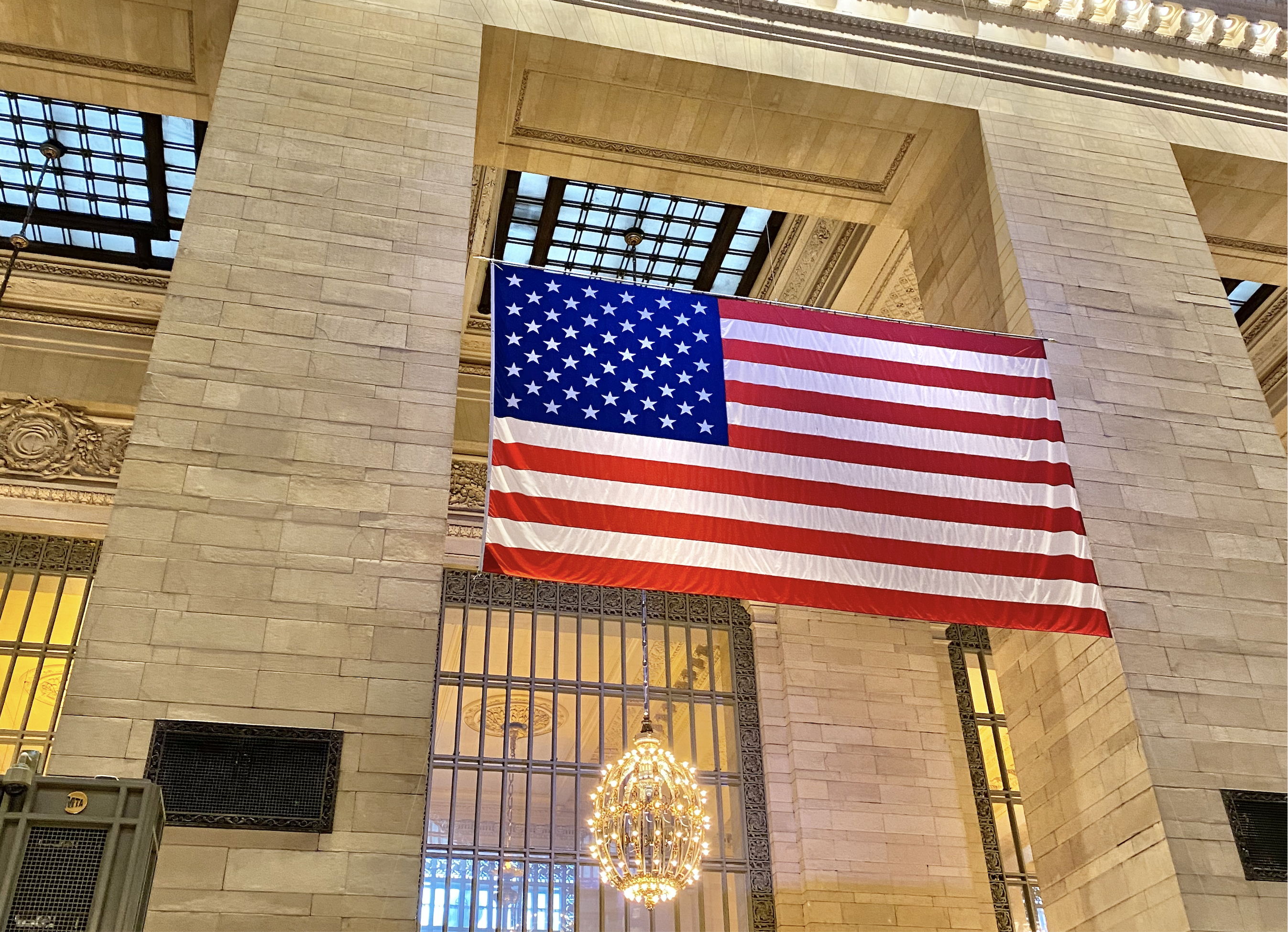 Things look bad, but what is going on is a very good thing, just like dark nights of the soul are horrible but in terms of the most important thing in life, they are extremely good things.

On May 18th Powell was telling Americans, “In the long run and even in the medium run, you wouldn’t want to bet against the American economy {because 'the Feds have got this'},” Powell said during the television interview. He did caution that a second wave of infections could rattle confidence further." The rest of the states were scheduled to reopen by the end of May or early half of June.

On Memorial Day, May 25, the people had broken out of being isolated and began partying as they watched the government reopening the economy, everyone 'wishful thinking' about the virus being kept under control by masks and social distancing and using a 4 step phase of reopening. Only they didn't wear masks and keep 6 feet apart. And not just the young people. Angry adults have been digging their heels as they watched Trump digging in his heels and refusing to wear a mask. And in his recent campaigning, he's show belligerence as he continually ignores the local government's restrictions and in Arizona he went so far as to removed stickers on seats in an auditorium that were put there to keep people at a safe distance from each other.

On June 11th, China began to experience their second wave two months after they reopened, but got it under control. On June 18th the second wave started in the US in the states that had opened in April. It was being reported that half the infected were now young people and no longer primarily people over 65, and it was not handled right and gotten back under control. Everything that could be done wrong was happening.

It couldn't be more clear than now in July that the leader of this country has been and is still mishandled the virus in every way possible making the second wave far worse than the first with no end in sight. The rest of the world is watching as the US deals with 50,000 new cases of the virus being reported every day and more hospitals reaching capacity and being overwhelmed.

Trump had put heavy pressure on the governors to open by the end of April and now "Texas, Arizona and Florida are close to entering "apocalyptic' territory in terms of new infections." The governor of Texas said he regretted opening up so soon. But it wasn't just April that was too soon. The rest of the states who reopened in May are now dealing with the number of new cases growing quickly. A senior in Florida made this comment to a reporter about how badly the virus was being handled, "... this is the first time ever that I’ve felt like someone is trying to tear our country apart and doing it on purpose.”

The stock market rally where investors have continued to play the profit game, sent the market up 800 points this week in the midst of the exploding second wave caused by Trump playing Russian roulette with the pandemic to get the economy back open that backfired. And today, Independence Day, July 4th, despite the exponentially growing out of control spread of the virus, 11,500 new cases today in Florida, people are going to go out and party, still not wearing masks and practicing social distancing. This is the epitomy of the insanity and foolishness that has been going on.

"Infectious disease specialist Aileen Marty warned Friday that Florida was 'heading a million miles an hour in the wrong direction' in dealing with the pandemic and said residents are not following public health guidelines to slow the spread."

“'It’s absolutely the saddest thing, the most unnecessary situation that we’re finding ourselves in,' Marty said in an interview with CBS This Morning. 'And it’s behaviorally driven.'“

"The state has seen back-to-back record-breaking days of coronavirus cases and Gov. Ron De Santis (R) has said the state will not reverse course on its reopening.

"We're not going back, closing things," he said on Wednesday. "I don't think that that's really what's driving it. People going to a business is not what's driving it. I think when you see the younger folks - I think a lot of it is more just social interactions, so that's natural."

In California it was clear that not following the wisdom of the protocol was a protest against local authorities with the backing of the President. California's leadership may have had a sustainable reopening plan but then they made the mistake of being pressured into skipping the step of the number of new cases needing to go down before they moved to the next phase. And because of Trump's lying to the public that the reopening of the economy is working, and the the increase in numbers is because of more testing being done, and his refusal to wear masks, and having crowded campaign events, the possibility of sustainable control of the spread was lost.

Young people in particular are dealing with depression from the isolation, just like what one goes through in a dark night of the soul. This is the intensified scene needed for pulling everyone into the Global Darker Night that is going to take this life away and start us making heaven.

With each passing day, as the spread of the virus continues having been made even worse by the government, it has become more obvious, the truth right there in front of us, that we are in trouble. In trouble because the mishandled reopening along with all the other foolish behavior because of the way Americans are as immature people, has shown us that we have a problem in the US that makes it impossible to reopen the economy.

The number of infected people was exponentially worse than when we first shut the economy down. The second wave was going to happen, and we knew that, and it was obvious that it would be worse because of the number of asymptomatic people if there was no enforcement in place for everyone to wear masks and remain 6 feet apart. But the result of that went far beyond what anyone could have imagined because they has no idea there would be so many people wouldn't use their common sense blindly following Trump.

Trump can't deal the truth about the state of the pandemic and so he's gone radio silent as far as press conferences. And in the campaigning he continues the lie that it's fine (not burning out of control and nearing an apocalyptic problem) saying that, "we just have to learn to live with it".

Trump has been playing the whole thing down, living in a fantasy world, from the beginning to maintain his image and protect the economy. But it resulted in people not taking the guidelines seriously. He should have spoken truthfully, instilling fear in everyone over the potential of the virus making sure everyone knew they were taking a huge risk and that had to be compliant if there was any possibility of reopening of the economy while living with the virus still out there everywhere. But if we as evolved wise people had what we needed to do what was needed to stop the virus, we wouldn't have needed the darker nights of the soul that is coming.

Something else in the news is adding to the complexity of this devastating situation. In a CNN report from London, Trump has weakened the US and the other powerful countries looking for a new world order that would be more of a hell on earth are starting to take advantage of it.

While the spread of covid-19 appears to be impossible to stop, making it impossible to reopen schools and the economy, much of the rest of the world appears to have demonstrated in various ways, both good and not ideal but effective, to keep more order and keep the spread of the virus more under control. But the US is doing the opposite. Despite the number of very intelligent people are in this country and how advanced and successful the US had become outwardly, too many of our governmental leaders and citizens have failed to use these precautions and measures to the degree that was needed, and instead their foolishness, pride, ambitiousness, and greed, along with their spoiled, divisive, childish and undisciplined ways, creating chaos, the opposite of order, and the perfect storm for the spread to go completely out of control. When the fantasy words in people's minds, the 'wishful thinking,' the 'kidding themselves' that this isn't serious, and the 'unconditional trust in Trump and the rest of the government,' are all gone because the apocalypse of the mishandled pandemic has fully manifested itself, people will realize that the economy can't be reopened for a much longer time than before, the companies and businesses can't hang on any longer, and the hope of a V or U shaped recovery will turn into panic over the permanent loss of much of the economy. The markets will crash. And people will see the full reality of the self-destructive, insane life we've been living and through the process of being evolved by a darker night of the soul, and will wake up with a new view, a caring and loving heavenly view of what life should be like and start building it out of the ashes.