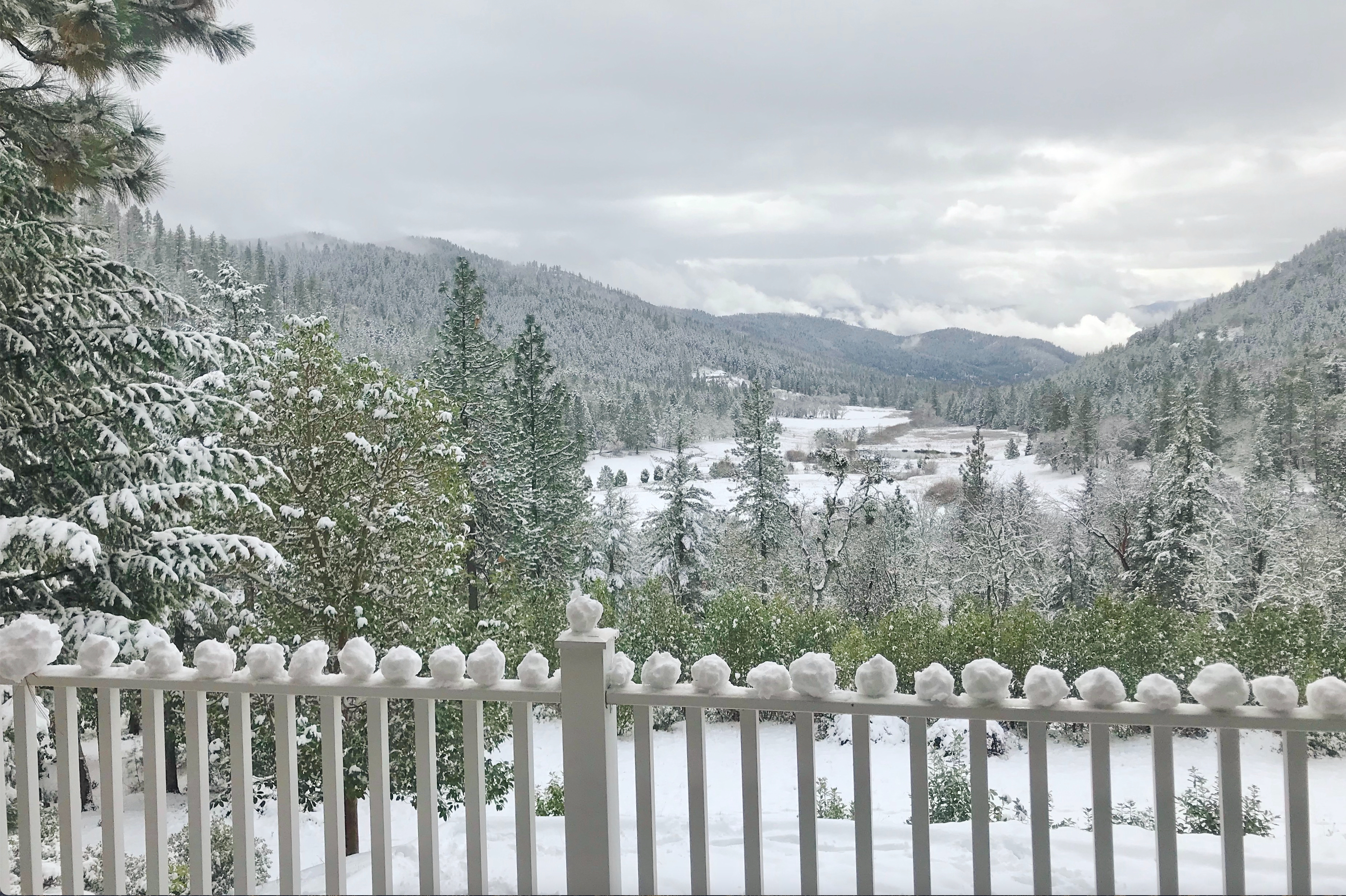 It's winter again along the Global Dark Night path. Covid has been the black cloud looming over the world during the Global Darker Night, that started March of 2019, creating dramatic ups and downs that characterize dark nights of the soul. The Omicron variant is our Christmas Grinch this year. But there's much more to what is happening in the darkness. Something Divine that's hidden but has been becoming more obvious as it evolves.

After the stock market's original fall when Covid arrived, it then took off and is now 50% higher. I heard the word 'crazy' come out of someone's mouth when they were talking about this unusual bull market move. The more it has climbed, the richer investors are. The more it has climbed the more the government feels it can create money and hand it out. Companies are producing wonderful new things and everyone has more money to spend and they are spending a lot. This is making the economy look like it's more than thriving. It's been taking off in every way creating a false sense of security and is now defying the normal consequences so much, it's revealing more clearly the Divine hand at work.

In 1933, when we went off the gold standard, fiat money, "government-issued currency that is not backed by a physical commodity" was created, meaning money across the board became something that had no intrinsic value. From then on money having value was a game of pretend we played and as long as everyone was willing to play the game, money has been able to play the roll of having value in itself even though it didn't really have any. To keep the game going, there were safeguards installed in the economy, ways to deal with any issues to keep it all steady and evolving. It's not real. It's a sitting time bomb. The pandemic took this game to heights that never would have been imagined. The trillions of dollars being created and handed out to keep companies and individuals okay is only having a small inflationary effect, nothing like what it should be had there not been the safeguards. What was supposed to be temporary money being given to individuals who couldn't work because of a lockdown, changed into welfare when they were allowed the choice to not go back to work when the lockdown ended. The more evolved safeguards, these temporary fixes to keep the economy going, are still in place because there hasn't been what should be the normal consequences of adding trillions of dollars into circulation if we were being wise. Because it's still working after this incredible amount of fiat money has been sent into the economy, it's seems invincible which will mean the government will feel confident to test it even further.

If you were God and you wanted to create the ultimate crash, this artificially grown super economy is exactly what you would do. You would hold back the normal dramatic inflationary consequences of the added trillions of dollars, and hold back the consequences of millions of people not going back to work. You would create a false sense of security about being able to spend money, and you would put Democrats in the White House who's agenda is to play Robin Hood and tax the rich more as part of spreading the money out to everyone. And in holding back the bulk of the normal consequences using your Divine ways, they would feel like they can do everything they can think of, spending money like it's never been spent before in all of history. Everyone is spending money like there's no tomorrow. And as part of this Divine holding back of normal economic consequences, you would make the stock market look utterly invincible to a crash until this unprecedented spending behavior of everyone maxes out. Then you would let go of their security. We are going to be brought to our knees and this was the Divine plan to end the unimaginable level of insanity we've reached.